How does WhatsApp earn money when there are no ads?

WhatsApp is a free application. You can download it for free. Text and call for free. Then, how does it make money out of this?

It’s pretty simple. You get accustomed to it and start paying if for the following year as it’s free for the first year. This only applies to iOS users. But a large proportion of smartphone users in India are Andriod, the question still remains unanswered. Whatsapp doesn’t generate direct revenue as it doesn’t sell ads. However, Sequoia Capital invested around $8 million in the company, and many other investors are interested in investing in the venture. In India, Reliance Communications has teamed up with WhatsApp for providing a unique scheme for Reliance’s prepaid users a WhatsApp Plan. So, WhatsApp is making money by tie-ups with popular telecom companies as well.

When companies invest, they obviously expect returns.
In most cases, the returns are nothing but their respective share in Whatsapp’s profit. Facebook has bought Whatsapp for $19B and has a user base of over 800 million. Also, the most downloaded app on the iOS store. Let’s just assume that there are 50 million iOS users which means 50 million USD revenue from iOS users every year. Please keep in mind that the actual numbers are very, very high. Also, Reliance’s Tie-up in India has come up with a special plan of Rs 16 pack which gives you unlimited Facebook and Whatsapp. This could work wonders for Relaince in increasing their user base. This is Reliance’s ‘return’ in their tie-up with Whatsapp in India. The team has been working on an idea where you could send money to your friends on Facebook and will be eventually launched on Whatsapp.

how to start a business with no money? 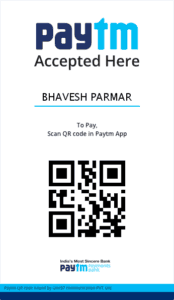